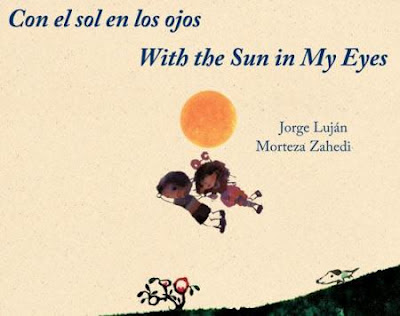 Iranian illustrator Morteza Zahedi has been awarded the International Design Festival 'Center Of the World (COW)' held in the eastern Ukrainian city of Dnipropetrovsk.

In the event, under the slogan "Bringing the design to the center of the world," Zahedi did rank among the top ten artists in the form of illustration.

Zahedi was selected for the illustrations he did in the children's book "With the sun in his eyes', the Argentine writer Jorge Elias Lujan.

"With the sun in his eyes' contains short poems that describe the world from the perspective of a boy and a girl and the daily experiences of these tiny characters.

Iranian Zahedi illustrator born in 1978 in Rasht, capital of the northern province of Gilan, has published books on Iran, Japan and Taiwan.

The Cow Festival is organizing this festival since 2004, annually awarding illustrators from around the world. The festival now has a respected international reputation, which increases on completion of each event.

http://mortezahedi.blogspot.com/
Tehran, Iran, Iran
Morteza Zahedi Born in Rasht (1978) Lives and works in Tehran in Iran Painter,Illustrator and sculptor, Morteza Zahedi was born on March 31,1978 in Rasht, one of the most charming northern cities of Iran,he Lives and works in Tehran nowadays.He graduated from Graphic School,1995 and B.A in Painting / Graduated from Art and Artitecture College,Tehran,2001 ,his works have been on solo exhibitions in many countries. He is also the fine illustrator of several children’s books that have been translated in more than 5 languages.At the Bologna Book Fair his illustrations have been exhibited in 2003, 2005, 2006 and 2009. He taught illustration at personal studio in Tehran of 2005 till now. - studiokveta@gmail.com - morteza.zaahedi@gmail.com - www.mortezahedi.com